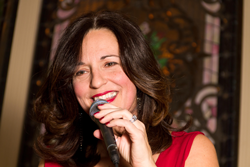 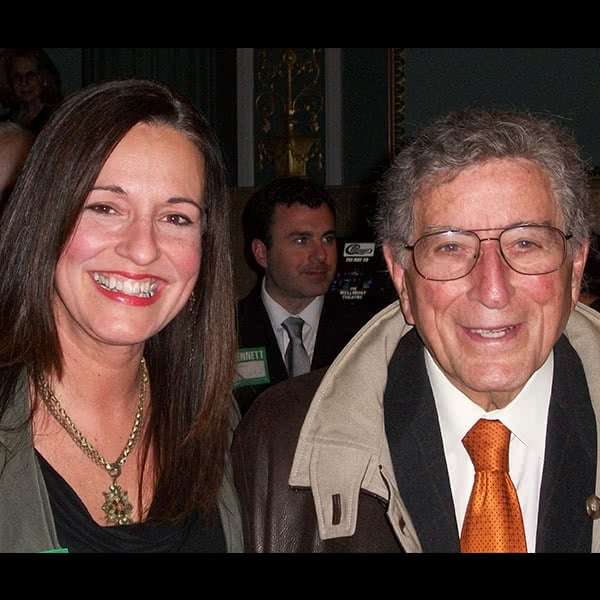 Debbie Major with The Jon Bates Band
Debbie Major is a dynamic world-class vocalist and performer who has been thrilling live audiences for years with her vivacious, melt-your-heart charm and captivating vocal prowess. Her deeply soulful instincts and sensibilities flow naturally, as she makes every song she sings her own. Highly regarded by gifted musicians and entertainers in all genres, Debbie's extensive knowledge of melody, vocal styles, phrasing, and repertoire has earned her tremendous praise and accolades from adoring fans and critics across the globe. She is often the singer other vocalists and producers call when they need to "take it to the next level." She is also a prominent vocal coach, songwriter/arranger and instrumentalist.

A native of Dallas, Texas, Debbie relocated to the Hudson Valley region of New York State as a teenager, and soon began pursuing her passion for music, performing and traveling with live bands. It wasn't long before the best players and industry pros noticed her artistry, commitment, and work ethic, began demanding her for premier events and session work. Critics have described Debbie as "mesmerizing", "a sensual stylist," and "a soulful powerhouse.” Her engaging stage presence and undeniable passion bring audiences to their feet every time!

Renowned music writer/radio host Larry Flick has described her awesome ability to draw upon her broadly diverse influences and make a song her own as she “delivers a performance that proudly wears the influence of Maureen McGovern and Patti Austin - an odd combination that makes perfect sense when you sit back and let Major work her magic…” (Billboard Magazine).

Debbie has captivated thousands of fans and performed alongside great entertainers over the years, including Lou Rawls, Melissa Manchester, The Monkees, Red Buttons, Rich Little, and many more. She often collaborates with producers Steve Raleigh (LWR Productions), Elliot Glenn (On Target Productions), and others, on a multitude of projects. In addition to leading her own band, she regularly appears as a featured vocalist with The Jon Bates Band (www.JonBatesBand.com), The Funk Junkies (https://thefunkjunkies.net), Steve Raleigh (www.steveraleigh.com), and many others.

Debbie is also the Founder and visionary force behind an amazing non-profit venture called, "ZYLOFONE" (www.Zylofone.org). By bringing her insight and unique understanding of how to engage people with cognitive and physical disabilities she’s inviting them into the magical world of performing arts. Debbie has conceptualized an innovative teaching method that serves to educate and empower students to discover and develop their own inherent creative talents. Thus creating endless benefits for themselves and the community. Debbie's extensive knowledge and experience, combined with her unparalleled professionalism, natural enthusiasm, dedication, humor, compassion, and empathy will provide many aspiring performers with the tools needed to embark on successful careers in the performing arts. Debbie Major is the "real deal"... an artist, teacher and advocate with staying power!